Professor Chris Carr was appointed the first Vice-Chancellor of the University of Cumbria when it opened in August 2007 having been the CEO and Principal of St Martin’s College for ten years (1997-2007).  Previously, Professor Carr was Principal Lecturer and Head of Law and then Dean and Pro Vice-Chancellor of the University of Central Lancashire (then Preston Poly). Professor Carr has also been the Chair of the Blackburn Diocesan Board of Education and Chair of Governors at Clitheroe Grammar School.  Professor Carr retired in 2009 but remains a Deputy Lieutenant of Lancashire and an active member of B4RN (Broadband for the Rural North). 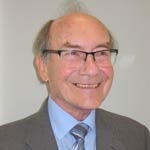 Professor John Crewdson is Chair of the Board of Directors. Professor Crewdson has a lifetime of experience in secondary and higher education and was Chair of Governors at Ripley from 2003 to 2018. He is also a National Leader of Governance and has supported governors in a number of local primary and secondary schools.

Rt Revd Dr Jill Duff is Bishop of Lancaster. Her brief includes the oversight of mission, evangelism & church planting in the Diocese of Blackburn.

Previously she was the Founding Director of St Mellitus College North West (2013-2018) the first full-time ordination course in the North West for over 40 years. She taught New Testament, mission and church planting.

Prior to this she has served as an urban parish priest, school chaplain, pioneer minster church planting, and as Associate Fellow at Liverpool Hope University. She was ordained Deacon in 2003 and ordained priest in 2004. Prior to ordination, she worked in research and business management at Esso Petroleum. She has an MA in Theology and DPhil in Chemistry from Oxford University and MA in Natural Sciences from Cambridge University. 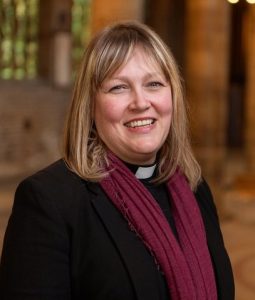 Revd Leah Vasey-Saunders is the Vicar of Lancaster (The Priory-St Mary) and Assistant Archdeacon for Lancaster Archdeaconry in the Diocese of Blackburn.

Previously she was Canon Precentor at Wakefield Cathedral, leading in the areas of worship, hospitality and safeguarding as well as representing the Cathedral Chapter on Wakefield Grammar School Foundation Board of Governors. She also has experience of governance in church primary schools and as part of a Diocesan Board of Education. She is chair of a small national charity, On Fire Mission.

Prior to this she has served in urban parishes in the North-East, West Midlands and Nottinghamshire and as an occasional lecturer on leadership and worship. She was ordained Deacon in 2003 and ordained priest in 2004. Leah’s first degree (before her theological training for ministry) is in Music and she continues to enjoy singing anything- but particularly anything dating before 1700. 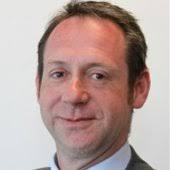 Mr Stephen Whittaker is the CEO of the Blackburn Diocesan Board of Education with oversight of school standards across Diocesan schools; responsibility for trusts, buildings, governance, the RE curriculum; and collective worship of Church of England schools. Previously, Mr Whittaker was Headteacher of an independent Boys’ School and senior leader of an all-through 4-18 School covering all aspects of leadership.  Prior to this, Mr Whittaker was Headteacher of a large Primary School with responsibility for all areas.